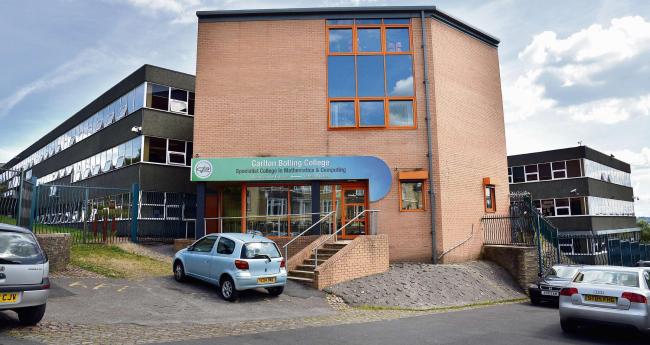 Turnarounds and transformations in our classrooms

It’s amazing what can be achieved when everyone’s noses are pointing in the right direction.

Four years ago Belle Vue Boys School in Bradford was placed in ‘special measures’ – the educational equivalent of life-support – after the inspector Ofsted judged the school inadequate in every respect. Placed among the country’s worst-performing secondary schools, the outlook was bleak. Closure was a real possibility.

Fast forward to 2018 and the school – renamed Beckfoot Upper Heaton – is turned around. This month Ofsted gave it a ‘good’ rating, with improvements in results, pupil behaviour and staff morale.

This transformation came about because the city came together, drew up a plan and delivered. A sponsor was found to turn the school into an academy. Funding was raised and new buildings replaced tired school blocks. Everyone, and everything, was pointing in the right direction.

A similar transformation has taken place at another Bradford secondary. In 2014, Carlton Bolling School was placed in special measures by Ofsted. But headteacher Adrian Kneeshaw, a former boxer, didn’t take it lying down. Major changes were made, everyone bought into the vision and the school got off the ropes. In October 2017, Ofted rated it ‘outstanding’ – the equivalent of peak physical fitness. The school had results in the top 5 per cent of the country last year and has been invited to join the World Class Schools Quality Mark. Knockout.

As chairman of Bradford Economic Partnership, I know that our corporate sector also has plenty of Yorkshire grit.  Three years ago, Morrisons, one of the country’s biggest retailers and a proud Bradford company, was feeling the pinch. In 2015, the dynamic duo of chairman Andrew Higginson and chief executive David Potts were brought in to shake things up. They have been massively successful. In September, Morrisons unveiled a 40 per cent rise in half-year pre-tax profits to £200m.

I was delighted to see senior staff from Morrisons and other leading businesses last month at the launch of the Economic Strategy for Bradford District 2018-2030. Our aim is to increase the value of Bradford’s economy by £4bn, to get 20,000 more people into work and upskill 48,000 residents.

It’s a big challenge. Unlocking the city’s growth potential is critical and our young and enterprising people hold the key.  Walk around Bradford and you can feel it: a quarter of our population is under 18 and there are 35,000 self-employed people here. But employment rates lag behind the UK. This is linked to a skills gap: 14 per cent of our working age population have no qualifications compared to 8.3 per cent nationally. 25 per cent of our working age population are qualified to degree level compared to 37 per cent nationally.

Some of these problems start at school. In February 2018, a Northern Powerhouse Partnership report showed that the North lags behind the country in how some of our children perform at school.  The ‘Educating the North’ report showed that 16-year-olds who receive a free school meal achieved an average GCSE grade score which is 6.5 points behind peers in London and 1.3 points below England as a whole. It’s a national disgrace.

There’s so much potential in the North and there are influential voices to stand up for us. The Yorkshire Post loudly bangs the drum for the region. There are many others in business, education and the public sector.  We also know what needs to be done. The ‘Educating the North’ report pulled no punches and proposed clear steps to improve skills and education.

But it comes down to the country putting its hand in its pocket. Investing in young people in the North is an investment in the future, which will pay dividends for years. The transformations at Beckfoot Upper Heaton, Carlton Bolling and Morrisons prove it: the potential is here and we can achieve great things when everyone’s noses are pointing in the right direction.