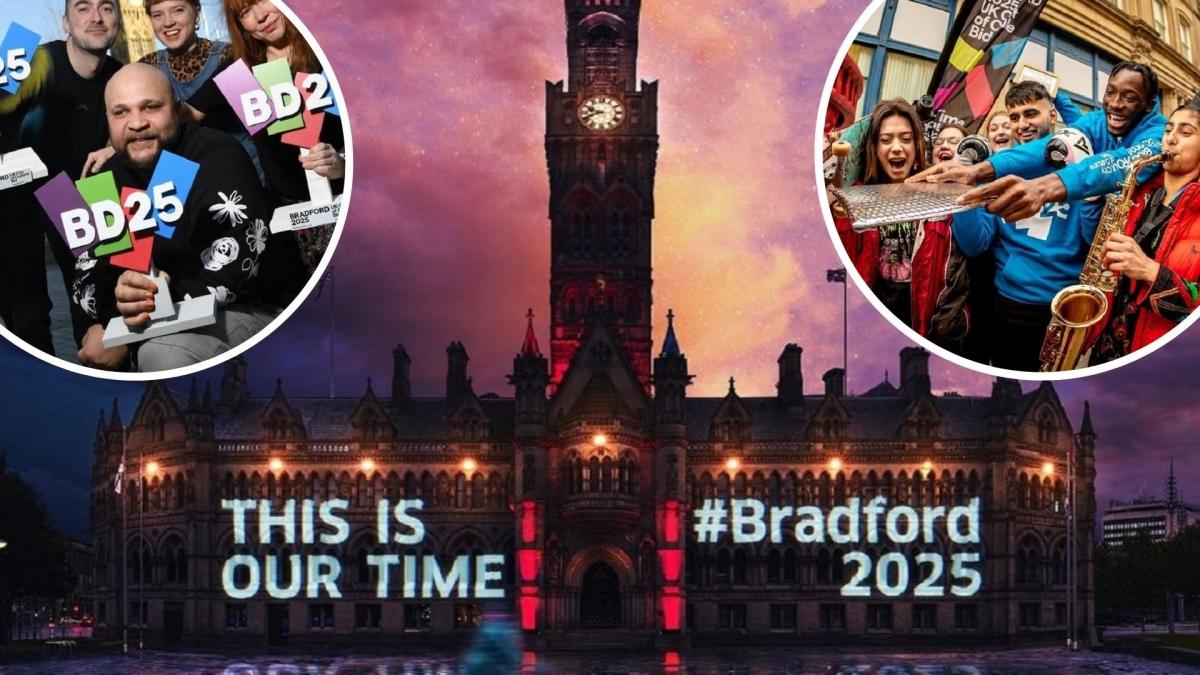 The winner was approved by Culture Secretary Nadine Dorries based on independent advice from a panel of experts led by TV writer-producer Sir Phil Redmond. The experts visited each of the four shortlisted places, which also included County Durham, Southampton and Wrexham County Borough, to learn more about the bids before making their final recommendation.

Bradford will now receive £275,000 in initial seed funding to make sure the city can hit the ground running and get the wheels in motion early as it develops its plans for 2025. This grant will help pave the way for a year of unforgettable cultural activities and events.

For the first time in the history of the UK City of Culture competition, each of the runners up will also receive a grant of £125,000 to support the bidding team in taking forward some of the most exciting elements of the bid.

Congratulations to Bradford, which is a worthy winner of UK City of Culture 2025.

Art and culture should be accessible to everyone and this prestigious title will help Bradford deliver unforgettable events for communities on their doorstep.

There was stiff competition and I thank County Durham, Southampton and Wrexham County Borough for their excellent bids.

Coventry has shown us how powerful the UK City of Culture title is at boosting investment, attracting visitors and leaving a lasting legacy for local people.

Bradford is a young and vibrant city with a rich heritage and its impressive bid drew upon its wide-range of local cultural assets including the Bronte Parsonage, Saltaire UNESCO World Heritage Site and the National Science and Media Museum.

The city is also investing in its future cultural assets having successfully secured £20 million from the Levelling Up fund to invest in the Squire Lane Wellbeing and Enterprise Centre, and is using another £4 million DCMS grant to redevelop the Bradford Odeon into a 4,000 seat live music and entertainment venue: ‘Bradford Live’.

The judges were impressed by the ambition of Bradford’s bid which, at its centre, celebrates the place where people live, the power of diversity and aims to create new opportunities for everyone.  The bid encouraged strong local engagement with artists and residents, focused on creating a sense of local pride.

The selection is never about whether one bid is better than another, it is more that one bid has the potential to make a bigger and deliverable impact. For 2021 we asked Coventry to raise the bar previously set by Derry-Londonderry 2013 and then raised by Hull 2017. Challenged by the pandemic, Coventry have certainly done that and I am looking forward to seeing how far the cultural bar can be raised in BD25.

Winning the title can have a hugely positive impact on the place – attracting millions of pounds of investment, bringing in thousands of visitors and engaging the local community.

Coventry UK City of Culture 2021 used the title to transform the city through a spectacular year-long cultural programme, engaging an audience of over one million through more than 700 ticketed, unticketed and online events.

Congratulations to Bradford on winning the UK City of Culture title for 2025. Everyone in Coventry wishes you the best of luck for your own fantastic and impactful year. This will be a truly remarkable time for your city and we look forward to supporting you as you prepare to celebrate all that is special about Bradford in 2025.

Coventry UK City of Culture 2021 has shown that the title has the power to engage people from across the whole community, including by training 1,515 City Hosts who contributed almost 36,000 volunteering hours. The title also helped attract £172 million in inward investment.

We are delighted that Bradford has been given the prestigious title of City of Culture 2025. We are looking forward to working with Bradford to make their programme an amazing success and to help share its fascinating heritage on a worldwide stage.

Thanks to National Lottery players, we’ve been able to fund large-scale projects at past City of Culture award holders, Hull and Coventry. We have witnessed first-hand the transformational effects that this title can bring, creating a deeper sense of place, pride and identity.  We look forward to the exciting opportunities it will bring to the people of Bradford now and into the future. Congratulations Bradford!

As part of its status as UK City of Culture 2025, Bradford will be eligible for a £3 million grant from The National Lottery Heritage Fund and now has three years to prepare for a year of groundbreaking cultural activities.

I am confident that Bradford will prove an outstanding City of Culture. I am fortunate enough to have visited Bradford over the last two years. The city’s political, business and cultural leaders have a passionate commitment to creative innovation. Together they demonstrate that culture has the power to increase a place’s vibrancy and civic pride. Coventry’s success has shown that culture also has the power to drive major inward investment.

Being named UK City of Culture is awe-inspiring and life-enhancing, creating happier lives for residents and visitors alike.

Creativity is all about telling stories and this title unlocks a whole new narrative for a city. We saw it in Hull, we’ve seen it again in Coventry.  As Bradford takes over, I’m excited to see how this great city will soar to new creative heights between now and the end of 2025 thanks to the work of brilliant artists, performers, creators and curators.

A massive Congratulations to Bradford for being selected as the next City of Culture 2025. This year-long celebration will showcase Bradford’s unique qualities and open its cultural life to the rest of the world, the UK and local communities. The British Council look forward to supporting Bradford’s international ambitions and seeing the city’s culture, creativity and artistic excellence put firmly on the map.

Spirit of 2012 is proud to have supported the UK City of Culture Programme for many years, investing in Hull 2017 and Coventry 2021. It’s not an exaggeration to say that major events like this have the power to transform people and places, building community pride, inspiring volunteering and creating opportunities for everyone to take part. And, it’s not just Bradford who wins today. We’re looking forward to working with some of the long and shortlisted places to ensure that their bid is a spark for volunteering programmes that build empathy, pride and connection, the key ingredients for the wellbeing of people and their places.